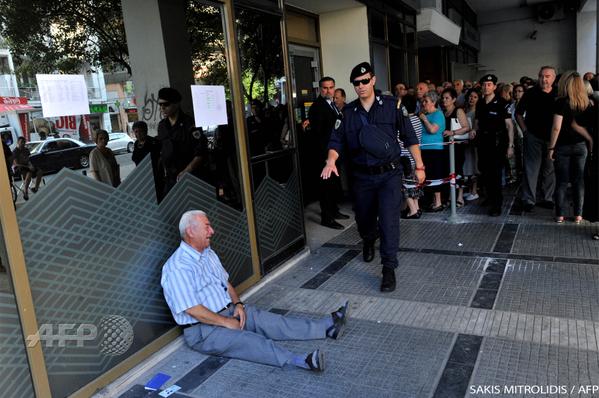 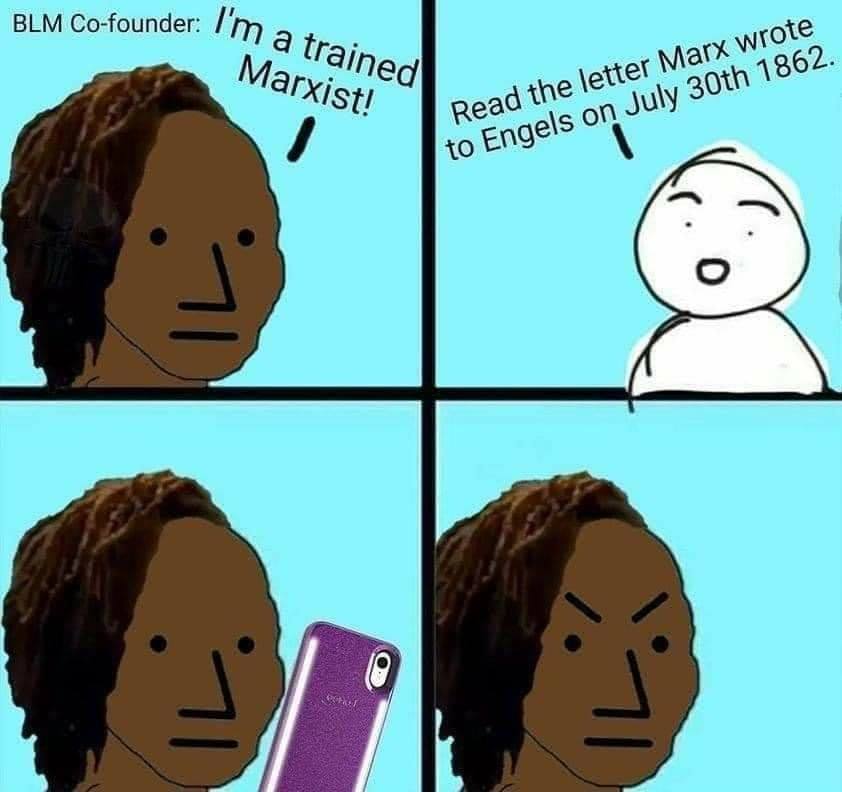 Marx To Engels In Manchester

Marx To Engels
In Manchester

From the enclosed scrawls you will partly see how bothered I am. So far, the landlord has allowed himself to be placated; he has yet to receive £25. The piano chap, who is being paid in instalments for the piano, should already have had £6 at the end of June, and is a most ill-mannered brute. I have rate demands in the house amounting to £6. The wretched school fees — some £10 — I have fortunately been able to pay, for I do my utmost to spare the children direct humiliation. I have paid the butcher $6 on account (the sum total of my quarterly takings from the Presse!), but I’m again being dunned by that fellow, not to mention the baker, the teagrocer, the greengrocer, and such other sons of Belial as there may be.

The Jewish nigger Lassalle who, I’m glad to say, is leaving at the end of this week, has happily lost another 5,000 talers in an ill-judged speculation. The chap would sooner throw money down the drain than lend it to a ‘friend’, even though his interest and capital were guaranteed. In this he bases himself on the view that he ought to live the life of a Jewish baron, or Jew created a baron (no doubt by the countess). Just imagine! This fellow, knowing about the American affair, etc., and hence about the state of crisis I’m in, had the insolence to ask me whether I would be willing to hand over one of my daughters to la Hatzfeldt as a ‘companion’, and whether he himself should secure Gerstenberg’s (!) patronage for me! The fellow has wasted my time and, what is more, the dolt opined that, since I was not engaged upon any ‘business’ just now, but merely upon a ‘theoretical work’, I might just as well kill time with him! In order to keep up certain dehors vis-à-vis the fellow, my wife had to put in pawn everything that wasn’t actually nailed or bolted down!

Had I not been in this appalling position and vexed by the way this parvenu flaunted his money bags, he’d have amused me tremendously. Since I last saw him a year ago, he’s gone quite mad. His head has been completely turned by his stay in Zurich (with Rüstow, Herwegh, etc.) and the subsequent trip to Italy and, after that, by his Herr Julian Schmidt, etc. He is now indisputably, not only the greatest scholar, the profoundest thinker, the most brilliant man of science, and so forth, but also and in addition, Don Juan cum revolutionary Cardinal Richelieu. Add to this, the incessant chatter in a high, falsetto voice, the unaesthetic, histrionic gestures, the dogmatic tone!

As a profound secret, he told me and my wife that he had advised Garibaldi not to make Rome the target of his attack but instead proceed to Naples, there set himself up as dictator (without affronting Victor Emmanuel), and call out the people’s army for a campaign against Austria. Lassalle had him conjure 300,000 men out of thin air — with whom, of course, the Piedmontese army joined forces. And then, in accordance with a plan approved, so he says, by Mr Rüstow, a detached corps was to make, or rather set sail, for the Adriatic coast (Dalmatia) and incite Hungary to revolt, while, heedless of the Quadrilateral, the main body of the army under Garibaldi marched from Padua to Vienna, where the population instantly rebelled. All over in 6 weeks. The fulcrum of the action — Lassalle’s political influence, or his pen, in Berlin. And Rüstow at the head of a corps of German volunteers attached to Garibaldi. Bonaparte, on the other hand, was paralysed by this Lassallean coup d’éclat.

He has just been to see Mazzini, and ‘the latter, too,’ approved and ‘admired’ his plan.

He introduced himself to these people as the ‘representative of the German revolutionary working class’ and assumed they knew (to use his own words) that his (Izzy’s) ‘pamphlet on the Italian war’ had prevented Prussia’s intervention and, in fact, that he had controlled ‘the history of the past three years’. Lassalle was absolutely furious with me and my wife for poking fun at his plans, quizzing him as ‘an enlightened Bonapartist’, etc. He shouted, blustered, flung himself about and finally got it fixed in his mind that I was too ‘abstract’ to understand politics.

As to America, it’s of no interest whatever, he says. The Yankees have no ‘ideas’. ‘The freedom of the individual’ is merely a ‘negative idea’, etc., and other antiquated, mouldering, speculative rubbish of the same ilk.

As I have said, if circumstances had been different (and he hadn’t disrupted my work), the chap would have amused me tremendously.

And on top of it all, the sheer gluttony and wanton lechery of this ‘idealist’!

It is now quite plain to me — as the shape of his head and the way his hair grows also testify — that he is descended from the negroes who accompanied Moses’ flight from Egypt (unless his mother or paternal grandmother interbred with a nigger). Now, this blend of Jewishness and Germanness, on the one hand, and basic negroid stock, on the other, must inevitably give rise to a peculiar product. The fellow’s importunity is also nigger-like.

If, by the by, Mr Rüstow was responsible for thinking up the march from Padua to Vienna, I should say that he also has a screw loose.

One of our nigger’s great discoveries — which, however, he only confides to his ‘closest friends’ — is that the Pelasgians were of Semitic descent. The main evidence: in the Book of Maccabbees, the Jews send emissaries to solicit the help of Greece on grounds of kinship. Furthermore, an Etruscan inscription has been found in Perugia, and this was simultaneously deciphered by Hofrat Stucker in Berlin and an Italian, and both independently converted the Etruscan into the Hebrew alphabet.

So that we can no longer discomfit him with ‘Blue Books’, he has bought 20 pounds’ worth of Blue Books (under Bucher’s guidance).

He has converted Bucher to socialism, or so he maintains. Now Bucher’s quite a fine little man, if a cranky one, and, in any case, I can’t believe that he has accepted Lassalle’s ‘foreign policy’. Bucher is the ‘compositress’ in Julian Schmidt.

If you’d been here just for a day or two, you’d have been able to lay in enough material to keep you laughing for a whole year. That’s why I was so anxious to have you here. One doesn’t get an opportunity like that every day. 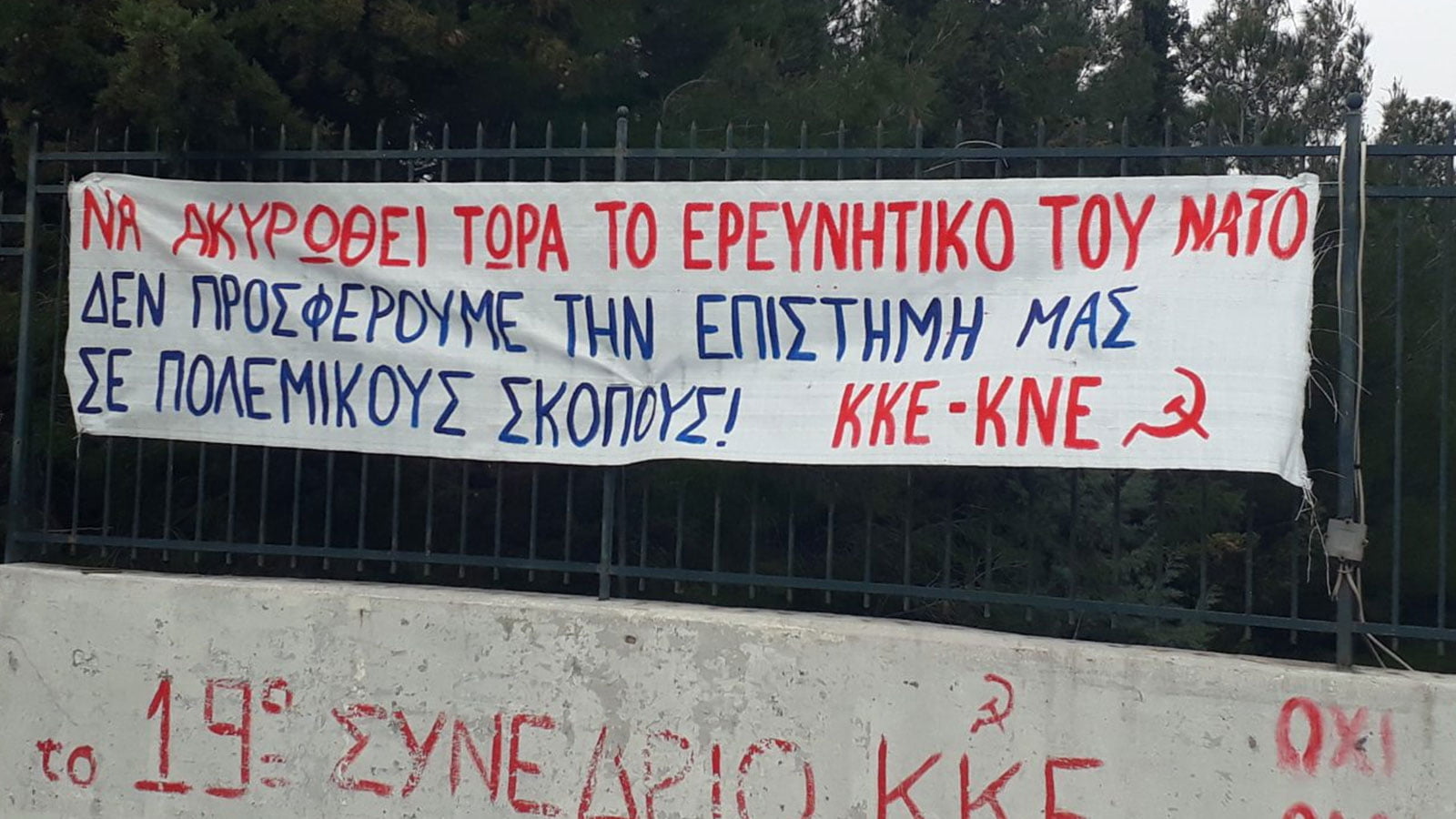 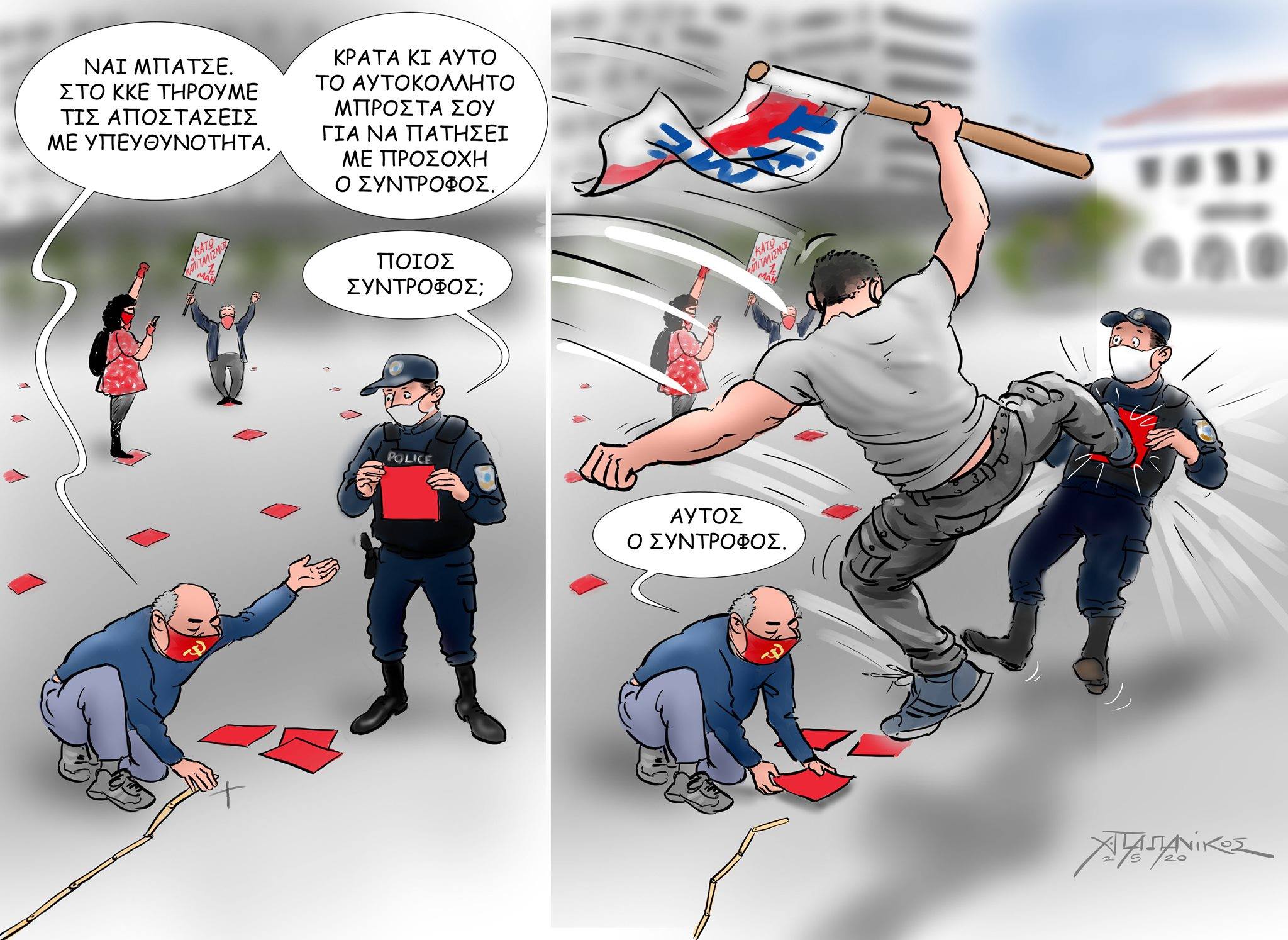 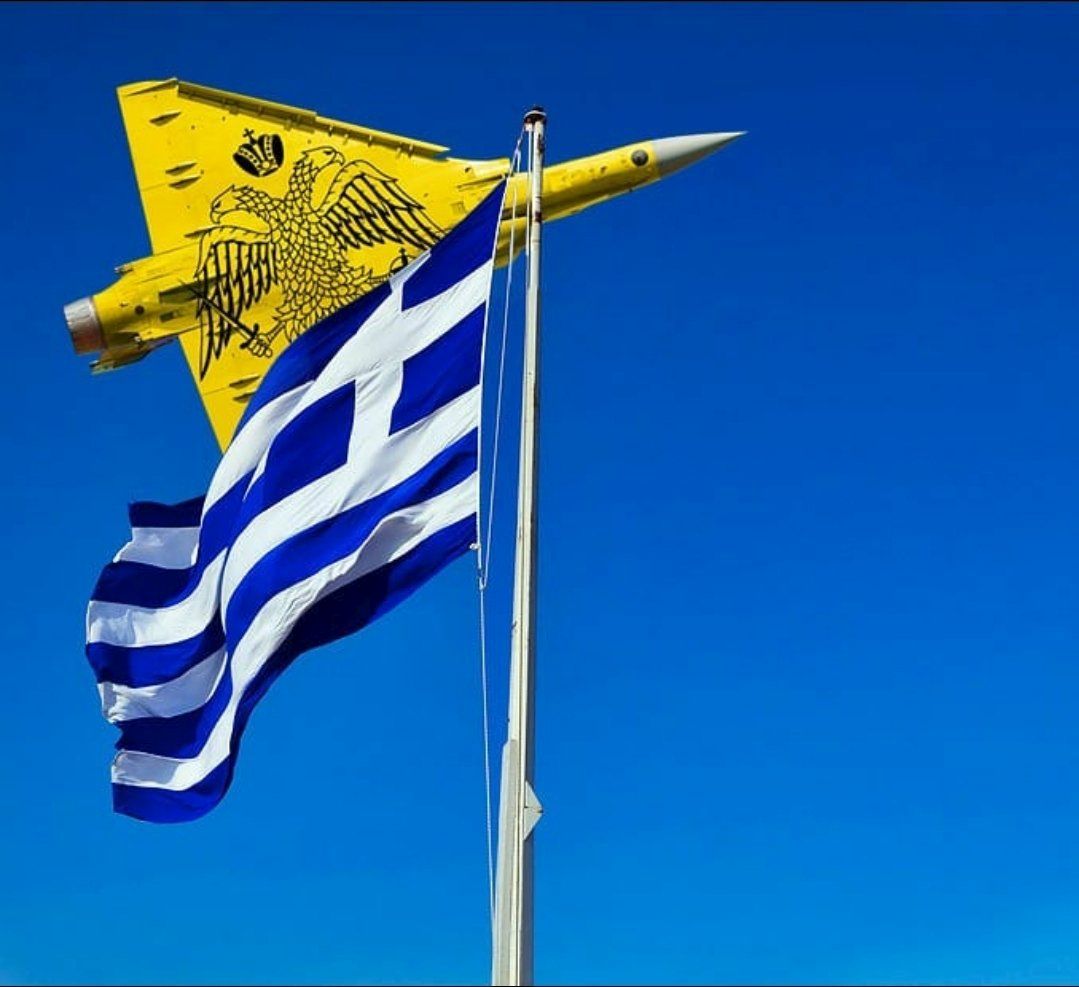 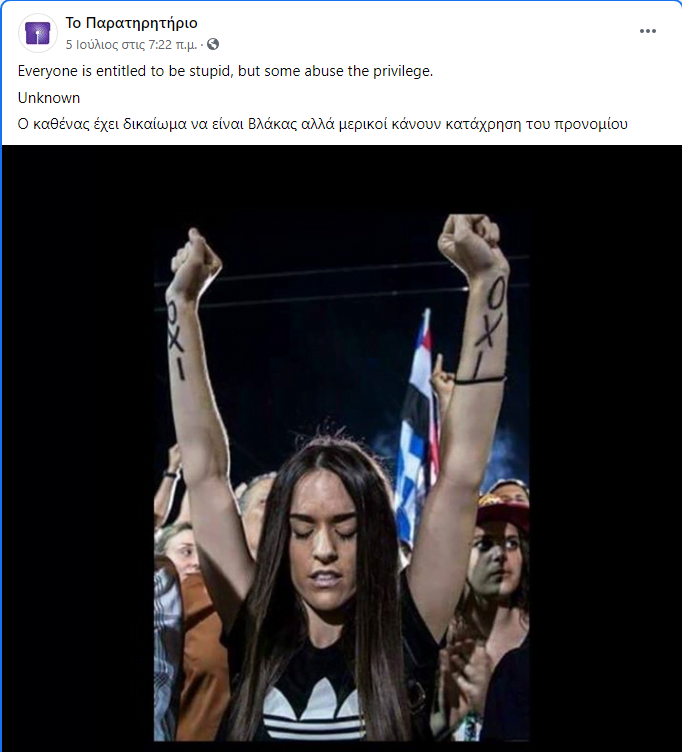