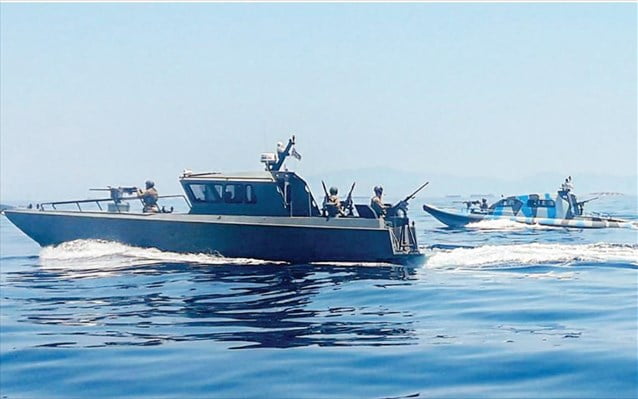 Official Turkey on Tuesday issued another three Navtexes (notifications to mariners, aviators) demanding the demilitarization of several Greek islands in the eastern Aegean, something that Athens considers as a provocation and even as a direct threat to its sovereignty.

The latest moves by Ankara come ahead of an EU council summit, where perennial candidate-state Turkey’s actions throughout the eastern Mediterranean will again come under scrutiny.

The latest Navtexes were issued by the Turkish hydrographic service in Izmir cites alleged violations of the Lausanne Treaty (1923) and the 1947 Paris Treaty that Turkey is not a party of.

The islands cited by the Turkish notices are Ikaria (called “Nikaria by the Izmir station), Patmos, Chios, Samos, Limnos and Samothrace.

The increasingly autocratic Erdogan regime, despite holding power in a NATO member-state, has over the recent period attempted to portray Greece as illegally stationing military assets on eastern Aegean islands, while at the same time engaging in jingoistic posturing and outright warmongering.

The provision (Article XIII) in the Treaty of Lausanne, ostensibly referred to by Turkey, reads: “…the Greek Government undertakes to observe the following restrictions in the islands of Mytilene (Lesvos), Chios, Samos and Nikaria: (I) No naval base and no fortification will be established in the said islands… (3) The Greek military forces in the said islands will be limited to the normal contingent called up for military service, which can be trained on the spot, as well as to a force of gendarmerie and police in proportion to the force of gendarmerie and police existing in the whole of the Greek territory.

Greece has countered that it fields only defensive contingents on the islands, i.e. nationals guards, on the specific islands and no naval bases, all in the face of nearly a half-century of Turkish provocations, belligerence and threats to use offensive war. Athens ha also stated that  Limnos’ status changed with the 1936 Montreux Convention, which mainly affected the regime of the Bosporus and Hellespont straits, whereas Turkey has no say with the Dodecanese islands, whose status was finalized with the 1947 Paris Treaty, to which Turkey is not a party.