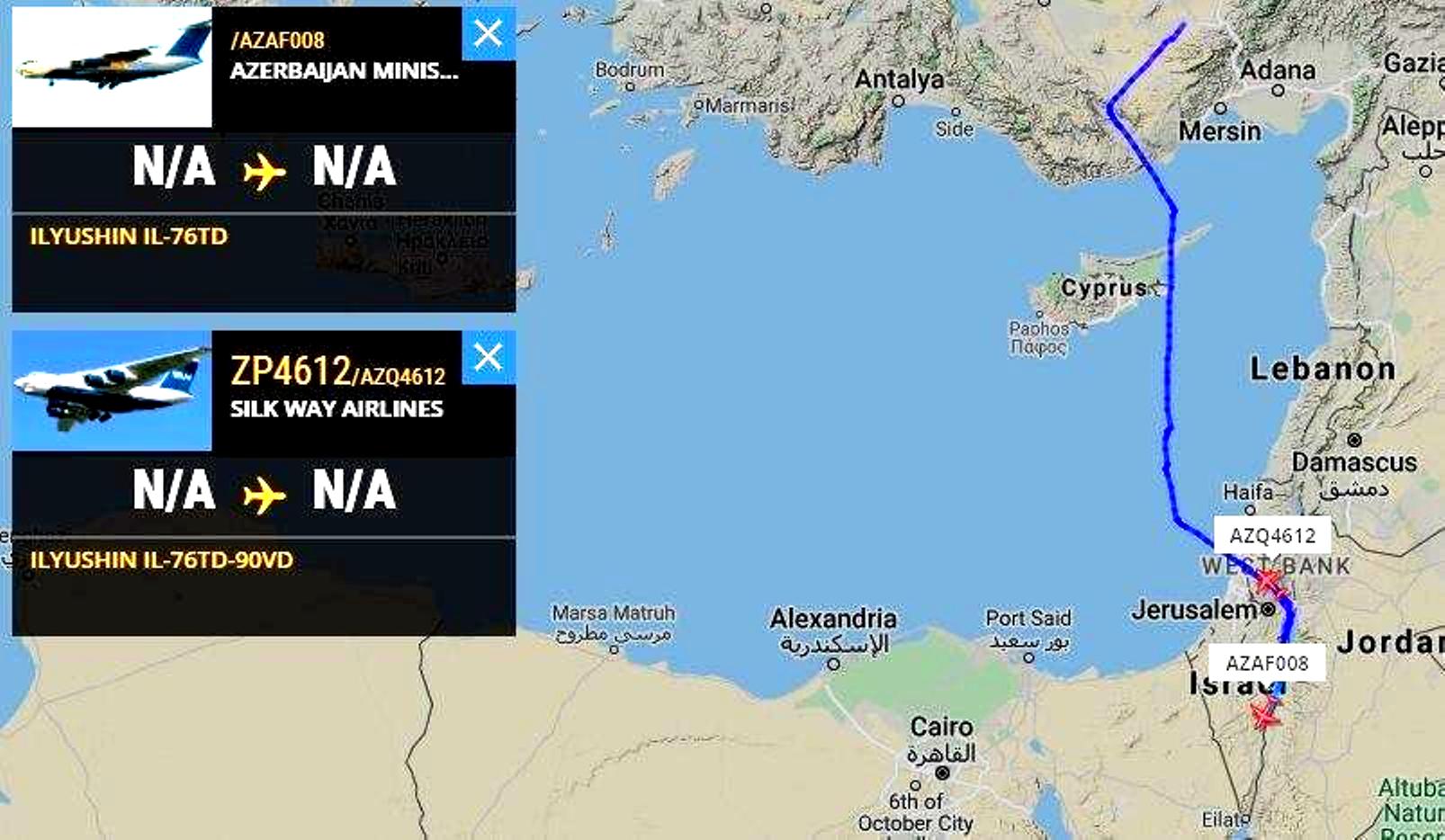 I am convinced that in your capacity as a diplomat you are fully informed about the facts concerning the recently terminated war between Azerbaijan and the supported by Armenia district of Nagorno-Karabagh. Furthermore, I am  sure that, as an Israeli diplomat, you are fully aware that for many years  your state has been reinforcing Azerbaijan’ s war machine by selling to the  state in question heavy armament manufactured in Israel.

It is generally accepted that selling weapons during times of peace constitutes, at least partly, a political act. However, “partly” changes to “par excellence” when the recipient is at war with another nation, against which it is both natural and expected to use the bought armaments.

The Armenian people of Nagorno Karabagh has been at an atypical war with Azerbaijan for the last thirty years. Israel’ s reinforcement of Azerbaijan with heavy armament has been taking place during this same period. Therefore, parallel to gaining some billions of dollars as a result of this transaction, Israel has been clearly undermining the struggle of the Armenian people of Karabagh. However, the hubris has become major and the damage more tangible, immediate and obvious in the recent conjuncture during which the long confrontation has acquired all the characteristics of a full-scale, exterminating war. In this conjuncture it was absolutely clear that Israeli guns would kill or wound a small or big number of Armenian soldiers and civilians.

In the struggle of the Armenians of Karabagh you may detect certain similarities with your people ‘s pursuit of returning to Palestine, from which it had fled thousands of years ago. In the case of the Armenian people of Karabagh there is, however, a distinctive difference: that they have already been living in their ancestral lands for many centuries and they wish to continue living there free. It is sad that the people of Israel are far from extending any sympathy towards a people -i.e. the Armenians- who claim for themselves the same vision which, according to your people, has led the fathers and grandfathers of the contemporary generation of Israelis to the land of Palestine.

I suppose that in International Law there is no provision for the prohibition of selling arms to a state which is at war. However, I have the strong conviction that beyond and above the conventional Law there is the perennial ethos, the humanism to which we should subjugate any other priority, if -of course- we wish to be considered as humans. It is this ethos, Mr. Ambassador, that your government’ s action has trampled upon during the recent war in the Caucasus. Attempts to rationalize this practice, like the statement of a compatriot of yours Israeli official, namely that “if it hadn’t been for our arms, the two opponents would have killed each other with knives or any other object,” exhale a malodorous cynicism. The answer of your country’ s Supreme Court to the demand of Israeli citizen Eli Joseph to stop the selling of Israeli arms to Azerbaijan (which is presently at war) has been nothing different than a repulsive hubris: “Perhaps these arms are being bought in order to be stored or be used for defensive purposes. There is no evidence to prove that they have been used for offensive purposes in the present war…” An answer which leaves us with an equally disagreeable aftertaste.

That is to say, your Excellency, that apart from killing my compatriots with Israeli guns -even if this is done by  Azerbaijani hands- your state’ s authorities are mocking us and spit over the corpses or our dead. Of course, every state, every people, are free to invoke the raison d’ état, the almighty state interest. Away from me the intention to connect the present practice of Israel to stereotypes such as “the thirty pieces of silver” or “the Merchant of Venice”, which for a long time have been identified -in Humanity’ s collective subconscious- with the image of the Jew whose actions are driven by financial interests! Perhaps others would be tempted to do so… Not I. Even farther away from me the thought that the murderers of your people had once invoked their raison d’ état in order to justify their crime against the Jews and that now you have become the same as them… I would not dare, your Excellency, as a reaction against the present practice of your state, approve retrospectively the actions of those responsible for these sufferings. I am forbidden to do so by the memories I cherish of my Jewish classmates at the Lycée Leonin of Athens during the 1960’s; of the Matsas brothers, of Nahmias, of Mordekhai… I am forbidden to do so by the dear memory of my childhood friend Alberto Misrahi (our back yards were separated by a low wall) who left for the USA in 1956-57, where he became a high rank rabbi. I am not permitted to do so by the image, still engraved in my mind after 65 years, of Alberto’ s father and the Dachau number indelibly tatooed upon his arm. The arms of the Armenian children dying from the Israeli missiles bear no number…

In 1961 or ‘62 (I do not quite remember), I, a boy of 13-14 at the time, had visited an exhibition staged in the lobby of a cultural society of Athens. Parnassos, that was the society, was three blocks away from the Lycée Leonin which was situated in Sina street, in the center of Athens. I can remember none, save one, of the exhibits (it is almost sixty years since then). It was a brief poem, written in French by a young prisoner in a Nazi concentration camp. The little boy compared himself to a flower:

And after some few verses, which I can not remember, he concluded with the agonizing prognosis:

(When the beautiful flower will blossom,

The small boy will no longer be…)

Α tear spontaneously gushed from my eyes -the eyes of a child- and fell on the floor of Parnassos.

Do you know, Mr. Ambassaror, how valuable a drop of this hypertonic fluid, which from time to time springs from our eyes, is? The tear, like the smile, is an emblematic characteristic of our species. Only humans, from all the animal kingdom, can shed tears or smile. The tear reveals our commotion (co-motion), our emotional mobilization caused by the condition of our neighbour; it bears witness to our proximity to him.

I am too small and insignificant to force the poweful government  of a people of millions to alter its policy. I would become ridiculous were I to make such a request. The government of my homeland withdrew its ambassador from Israel, as a gesture of protest for your country’s  policy. My gesture is much more humble than that, but it is incommensurate to the to the magnitude of the bitterness and indignation that I feel. Once, a long time ago, I offered your people a tear. You abused this tear. You trampled on it. You scorned it. This tear does not belong to you any more! Can you and your people, Mr. Ambassador, find a way to return it to me? 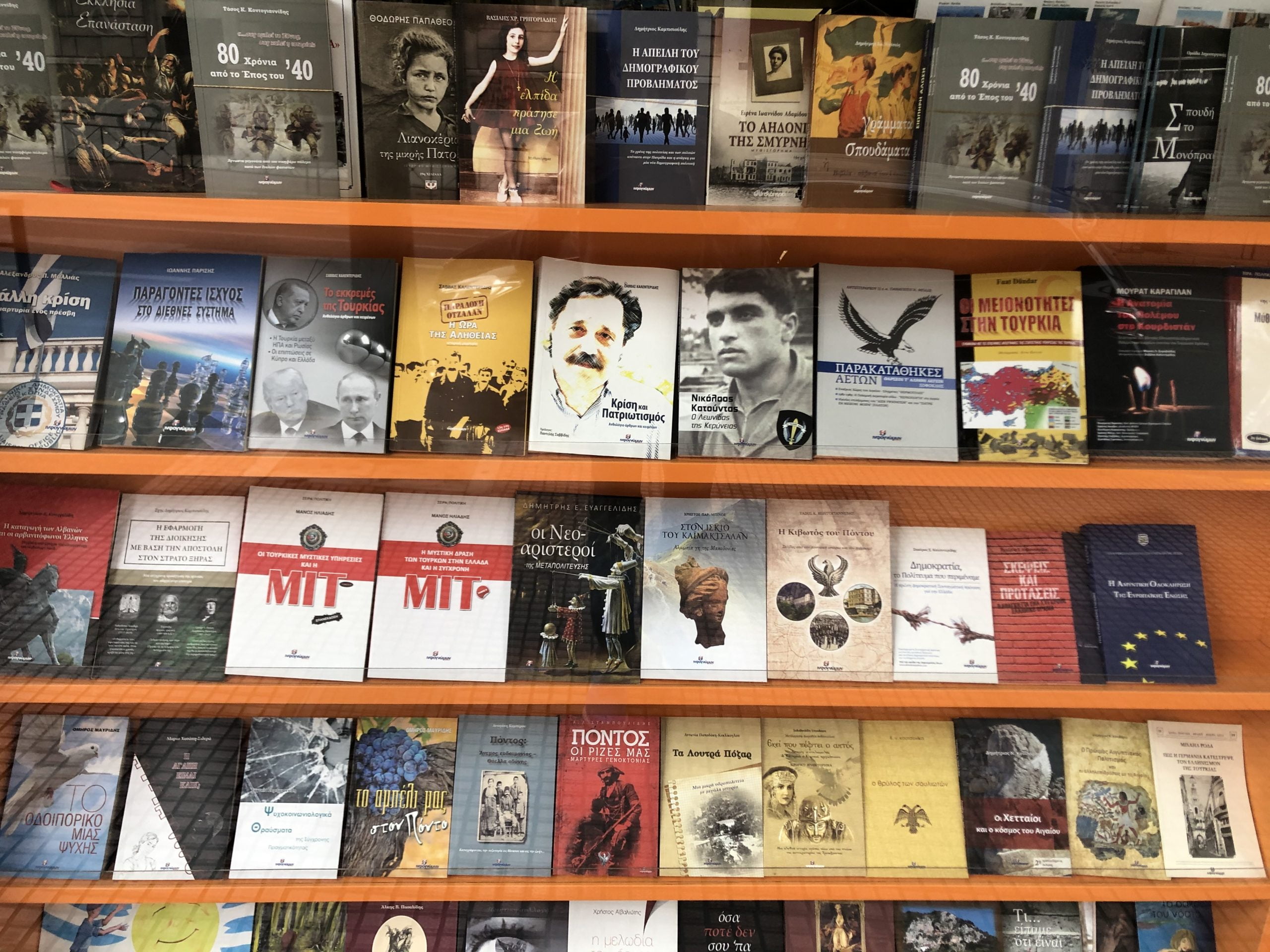 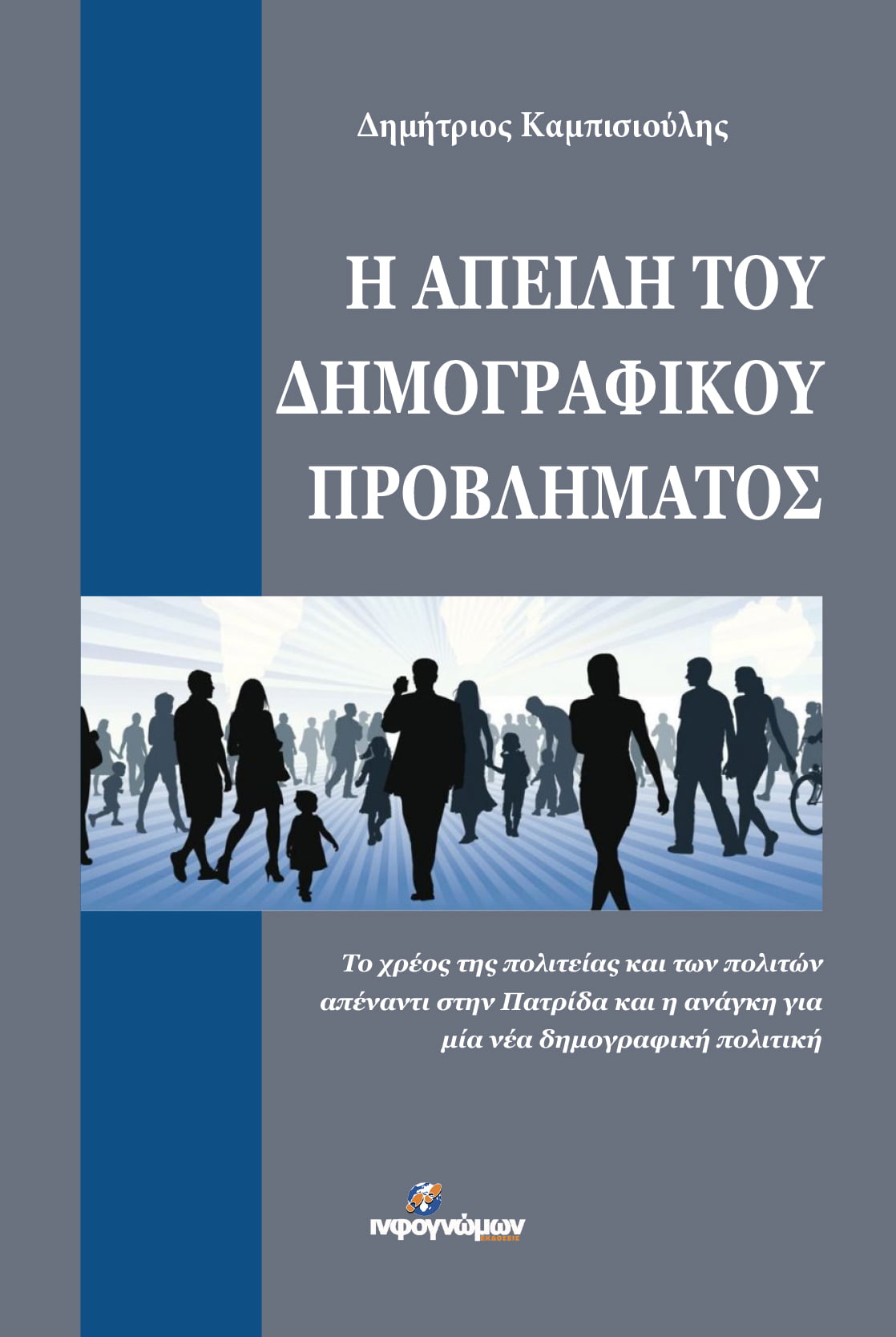 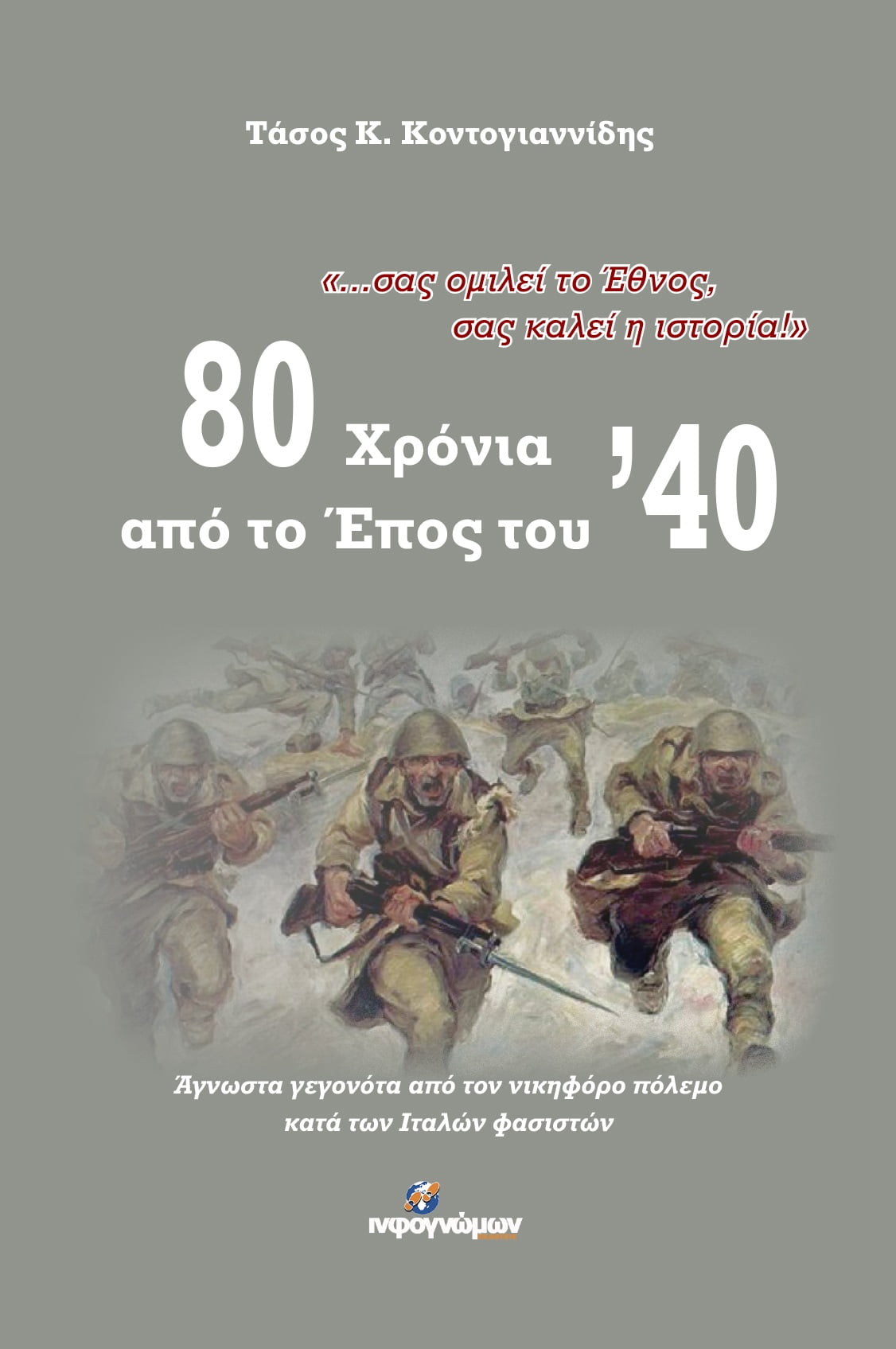