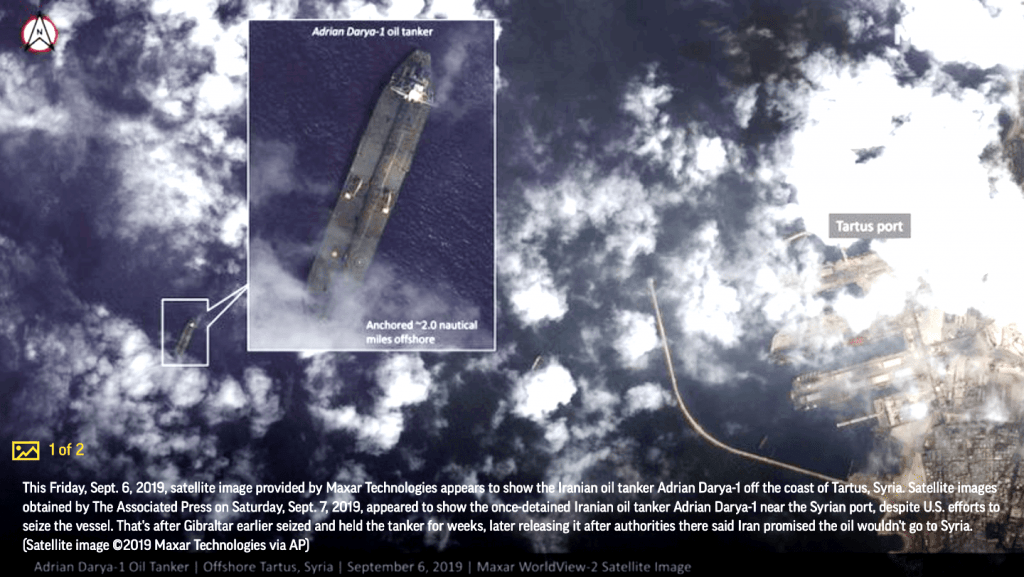 By Elijah J. Magnier: @ejmalrai
A secret deal has been set up between the US and Iran, through a third party, to enable the Iranian super tanker Adrian Darya 1 (formerly Grace 1) to deliver its 2.1 million barrels of oil to the Syrian government. Smaller tankers worked for five days unloading the oil to be delivered to the Syrian port of Tartous from offshore.
Sources closed to the negotiation team said the US “was determined to stop the Iranian supertanker from reaching Syria due to the US-EU strategy to economically sanction the Syrian President Bashar al-Assad and turn Syrians against their leader.
” These countries, responsible for the 2011-2019 war, failed to achieve a regime change and a failed state militarily. Now they are trying to reach their goal by surrounding the country and preventing its return to normality. The US stopped the Gulf countries from returning to Damascus and imposed on Jordan to restrict the flow of goods to and from Syria. It has closed the al-Tanaf crossing with Iraq and is occupying the north-east (oil-rich!) area for no strategic purpose for the United States. Notwithstanding these drastic measures, Iran is determined to support its allies.
According to sources, Adrian Darya 1 remained for several days in the Mediterranean without a final destination, waiting for the end of the negotiations. Steps were agreed to begin releasing the “Stena Impero” British-flagged 7 crew members. Once Adrian Darya 1 has ended its delivery, more crew members are expected to be released. “Stena Impero” will be set free without further demand for financial compensation once “Adrian Darya 1” reaches a point of safety.
Iran said it has a buyer for the 2.1 million barrels of oil carried by the supertanker. According to informed sources, the client is Rami Makhlouf, President Assad’s cousin who bought the 130 million dollars-worth cargo (in the open market). Iran offers hundreds of thousands of barrels monthly free to Syria and has done since the beginning of the 2011 war. Damascus pays the rest – at a much reduced price – to Iran or to whomsoever Tehran decides, said the sources.
During the navigation of Adrian Darya 1 close to Syrian waters, sources confirmed the daily presence of an Israeli-type super Heron drone above the Iranian super tanker. Drones disappeared the day the deal was reached, enabling the ship to head freely towards Syria’s Tartous harbour.

US Defence Secretary Mark Esper said that he “had no plans to seize Adrian Darya 1” and his administration was negotiating with Iran indirectly, meanwhile Brian Hook, the US special envoy for Iran was trying to bribe the Iranian super tanker captain Akhilesh Kumar with 15 million dollars to allow the ship to be seized, ending by scaring him with “sanctions” if he delivered the cargo to Syria. At the end of the day, the British government and the US administration secured Iranian promises to release the “Stena Impero” crew and ship later on, once the Iranian super tanker reaches safety. The content of the negotiations was far from any dialogue related to the nuclear deal.
Iran managed to stand against the US and the UK in the Persian Gulf. It is sending its drones to fly daily over UK warships patrolling the Straits of Hormuz and opposite the Iranian coast. The Iranian Revolutionary Guard Corps (IRGC) responsible for the security of the Persian Gulf has proved capable of confronting the US and the UK and defending its security and financial interests.
Iran also shown its capability and readiness to ease tensions, when negotiating the Adrian Darya case. However, the Iranians responsible have no intention of resuming any sort of dialogue with US President Donald Trump until after the 2020 elections.
Iran has also fulfilled its commitment to its allies who represent essential components of its national security. Adrian Darya was carrying enough oil to support Syria and its allies for months. The US sanctions on Syria and Hezbollah have proved perfectly possible to overcome, and therefore ineffectual.
Proofread by: Maurice Brasher
ejmagnier 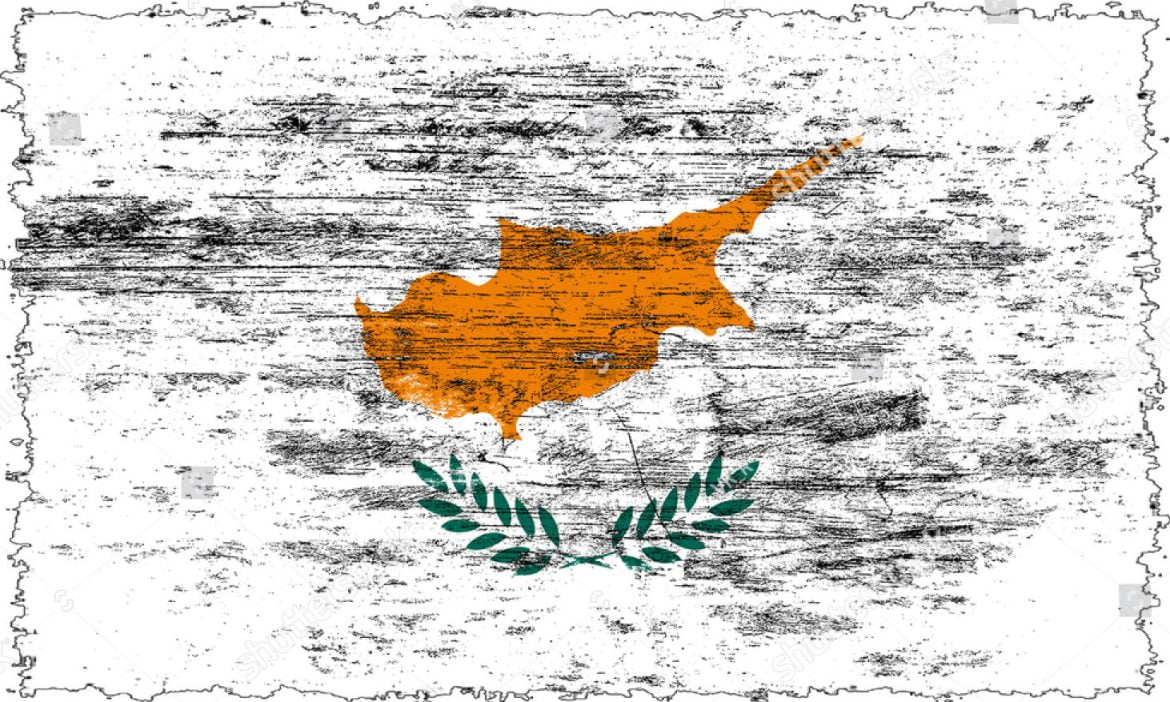 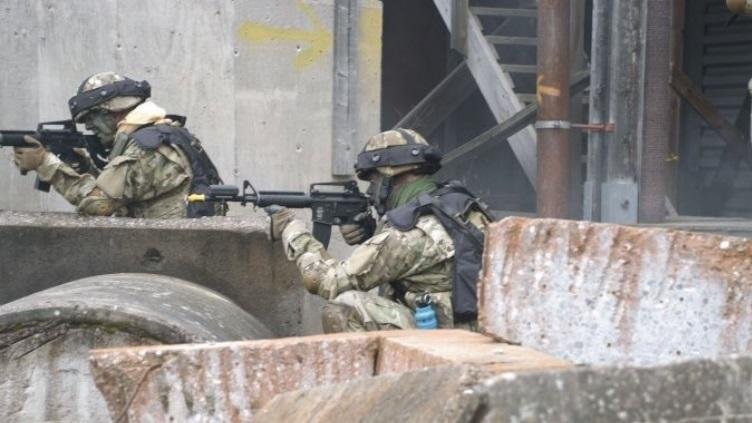 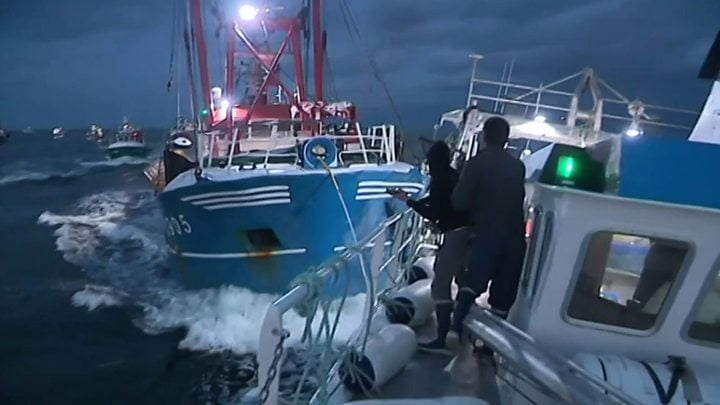 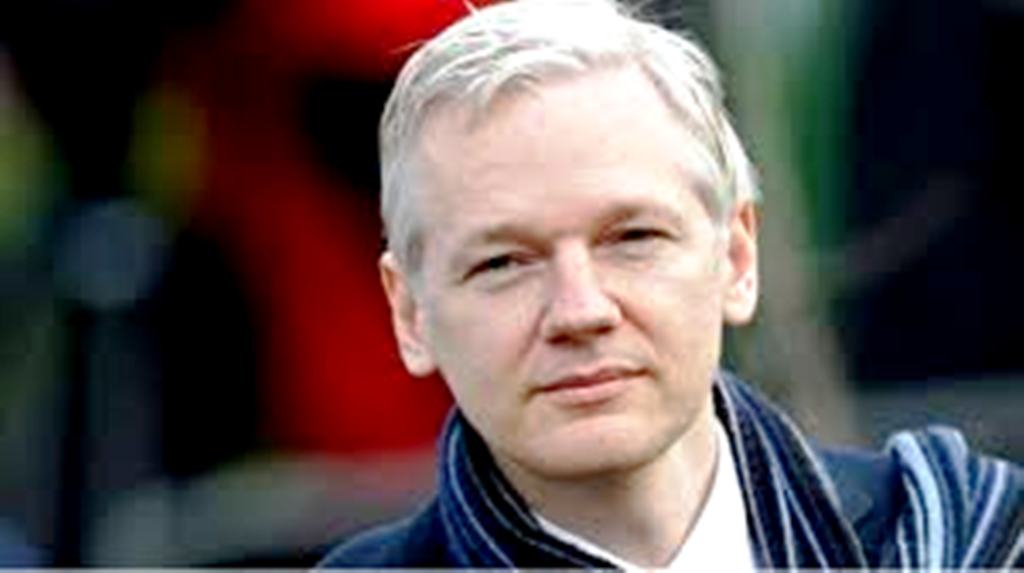 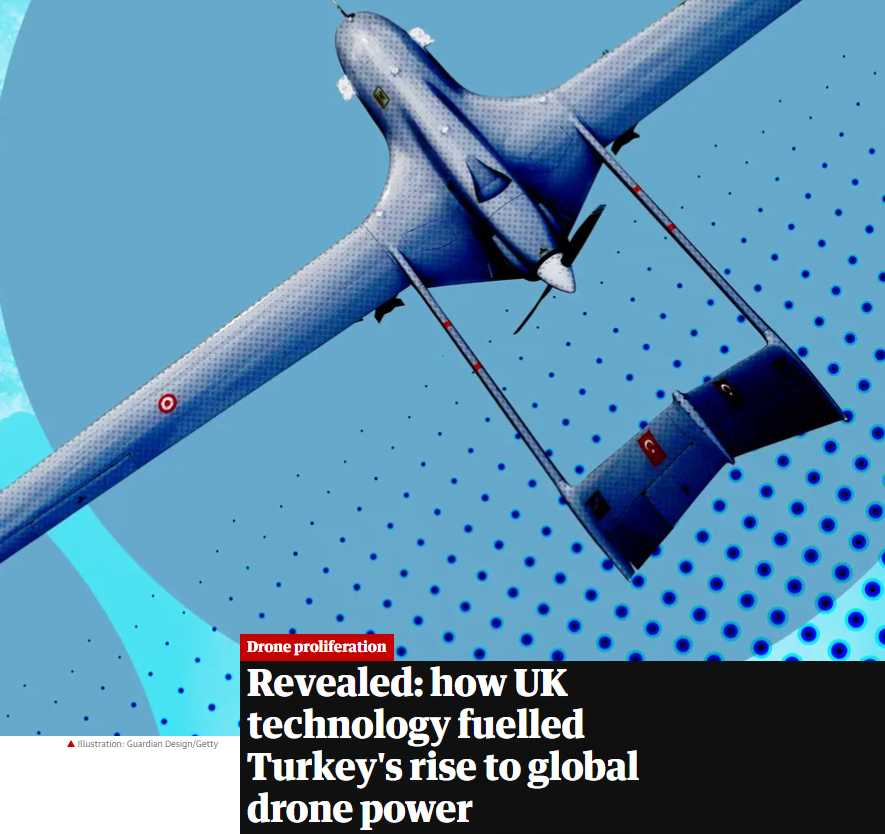