TURKISH LOBBY FINANCES “MACEDONIAN” FALSE HISTORICAL REVISIONISM
For Immediate Release: September 11, 2008
Contact: Nikolaos Taneris, New York, Tel. 1-917-699-9935
NEW YORK—Today, the Cyprus Action Network of America (CANA) was informed of major Turkish lobby financing of “The United Macedonian Diaspora (UMD)” .The UMD is a newly formed organization in Washington DC, dedicated to advancing false historical revisionism on Macedonia, in support of the irredentist, fascistic, and anti-Hellenic Skopje government.
According to a press release issued by the UMD today “The United Macedonian Diaspora (UMD) and the Turkish Coalition of America (TCA) are pleased to announce a generous challenge-matching grant of $150,000. Over the next three years, TCA will match every dollar donated to UMD up to a maximum of $50,000 per year equaling a total fundraising goal of $300,000. This gracious gift will allow UMD to expand its work dramatically and, for the first time, retain a full-time Executive Director.” (Full comments can be read below).
The Turkish Coalition of America (TCA) is another recently formed organization in Washington DC following on the heels of scandals surrounding testimony by FBI whistleblower Sibel Edmonds, and reports of FBI wiretaps of the Turkish Embassy and its allies the Assembly of Turkish American Associations (ATAA) and the American Turkish Council (ATC). Articles in Vanity Fair and Sunday Times, and in 2007, public advocacy requests for a Congressional hearing on the Sibel Edmonds case bring up charges of illegal arms deals, illegal drug activities, money laundering, influence-peddling, and racketeering, obstruction of justice, bribery, espionage and treason. David Rose, contributing editor to Vanity Fair, wrote the expose on the FBI wiretaps of the Turkish Embassy and its allies in relation to the scandal. ((An Inconvenient Patriot by David Rose, Vanity Fair/September 2005 URL: http://www.informationclearinghouse.info/article9774.htm)
The president of Turkish Coalition of America (TCA) is G .Lincoln McCurdy, according to the TCA’s website, “McCurdy was the president and chief executive officer, 1998 – 2004, and executive director, 1989 – 1998, of the American-Turkish Council (ATC) in Washington… He received ATC’s Distinguished Career Award in 2005. Before joining ATC, Mr. McCurdy served in the American Consulate General in Istanbul as the Consul for Commercial Affairs, 1980 – 1984.” This is just one example of many showing the deep state Turkish government ties between the Turkish government and Turkish groups lobbying in America, that do not represent any real “Turkish American” constituency. The chief legal counsel for the TCA is David Saltzman, business partner of the lawyer for the Turkish Embassy and President-Elect of the Assembly of Turkish American Associations (ATAA), Gunay Evinch.
The President-Elect of the Assembly of Turkish American Associations (ATAA), Gunay Evinch, led Turkish Embassy “so-called” political demonstrators on July 20th, 2008 in Washington DC, some of whom were sighted carrying placards that read “Greek troops occupy Macedonia” In a recent interview to the Turkish press last month, he remarked “We have a warm affinity for Macedonia, where now our distant relatives who still Turkish, live peacefully.” Evinch was a principal member of the defense team in Crist v. Turkey, 995 F.Supp. 5 (D.D.C. 1998), when Cypriot American citizen Takey Crist challenged Turkey in a lawsuit for stolen lands, known as Takey Crist, et al. v. The Republic of Turkey, Civil No. 93-2605 (Judge Royce Lamberth), United States District Court for the District of Columbia, Memorandum of Opinion, at 3.
Please view our CANA grassroots you tube video of Gunay Evinch, in front of the Turkish Embassy on July 20th, 2008, singing “Old MacDonald Had a Farm”
URL: http://www.youtube.com/watch?v=35YupEDq1Nw

MACEDONIANS AND CYPRIOTS ARE ON THE SAME BOAT
Macedonia was occupied by the Ottoman Turkish Empire, predecessor to the present day genocidal Republic of Turkey, for centuries. In the decades following the successful Hellenic Revolution of 1821, Macedonia was decimated by wholesale massacres of Hellenes by Ottoman Turkish occupiers and their allies. Moreover, the movement of Hellenes into Macedonia from the free Hellenic Republic was officially restricted, leading up to eventual liberation in the Twentieth century. Despite, the passage of time, and official policies of “Greek-Turkish friendship” Turkey remains intent on diminishing the Hellenic reality of Macedonia, and supporting human rights abusing regimes in Skopje, where in recent weeks Hellenes faced official harassment.
CANA welcomes the cooperation of Macedonian activists in North America, in the Hellenic Republic and around the world in our struggle for Cyprus. The evidence today makes clear that our people are joint victims of Turkish aggression and Turkish false historical revisionism.
In order for our effort to win, we must have the strength to challenge the failed policies of an establishment that has led our community into a state of ignorance and dissolution. We have witnessed scores of official “lobbyists” and diplomats come and go for decades, all with blinders on, all working in silence in regards to the immense Turkish government campaign targeting Hellenism and human rights for the Hellenic people. One very strange fact is that the Greek Embassy in Washington DC boasts of an official visit to Greece by the Assembly of Turkish American Associations (ATAA) URL:
http://www.greekembassy.org/embassy/content/en/Article.aspx?office=3&folder=295&article=5469
The complete text of “The United Macedonian Diaspora (UMD)” press release is provided below.
####
-THE PRESS RELEASE FROM THE UNITED MADECONIAN DIASPORA (UMD)-
URL: http://umdiaspora.org/content/view/359/1/
UMD and TCA Announce Historic $150,000 Matching Grant Agreement
Thursday, 11 September 2008
For Immediate Release
Contact: (202) 756-2244; [email protected]
WASHINGTON, D.C. – September 11, 2008 – The United Macedonian Diaspora (UMD) and the Turkish Coalition of America (TCA) are pleased to announce a generous challenge-matching grant of $150,000. Over the next three years, TCA will match every dollar donated to UMD up to a maximum of $50,000 per year equaling a total fundraising goal of $300,000. This gracious gift will allow UMD to expand its work dramatically and, for the first time, retain a full-time Executive Director.
“This historic agreement is a testament to the growing partnership between Macedonian- and Turkish-Americans,” stated Metodija A. Koloski, UMD President. “Both communities are working cooperatively to ensure that their voices are heard on the world stage on vital matters of mutual interest in Southeast Europe, including NATO enlargement and the promotion of security, democracy and human rights in the Balkans ” added Koloski.
Since its independence in 1991, relations between the Republic of FYROM and Turkey have been excellent. Ankara’s early diplomatic recognition of FYROM, together with its constitutional name and consistent support for Fyromian membership in NATO, have further strengthened the historic ties between the two nations that span more than five centuries. Fyromians are proud that Ataturk himself, the revolutionary founder of modern Turkey, was educated and raised in the historic Macedonian city of Bitola.
“The cooperation and cultural ties that link the peoples of Turkey and Macedonia are reflected in the outstanding relationship that exists between the Turkish-American and Macedonian-American communities, a relationship that TCA and UMD are striving to enhance,” said TCA President Lincoln M. McCurdy.
Earlier this year, UMD and TCA joined in awarding scholarships to Macedonian-American undergraduate students to study abroad for a semester in Turkey. TCA also has vigorously supported Macedonia’s NATO membership in Washington and sent letters to President Bush on the eve of the recent NATO Summit in Bucharest.
UMD urges Fyromians throughout the world to take advantage of this wonderful grant matching opportunity by donating today.
####
========================
Cyprus Action Network of America (CANA)
2578 Broadway #132
New York, NY 10025
New York: Tel. 917-699-9935
Email: [email protected]
www.cyprusactionnetwork.org
======================== 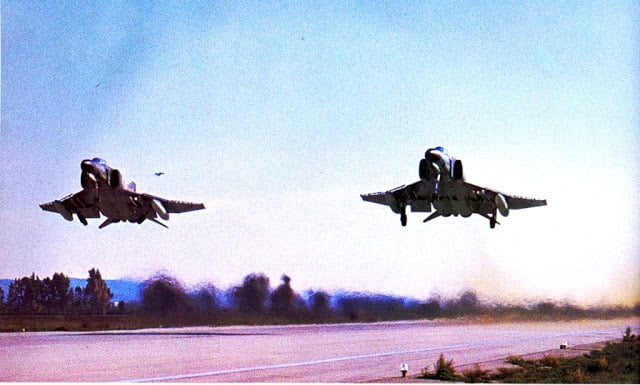 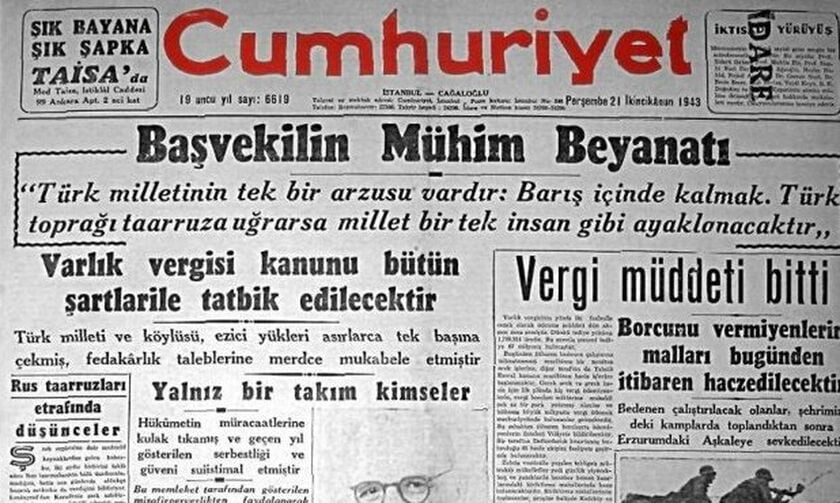 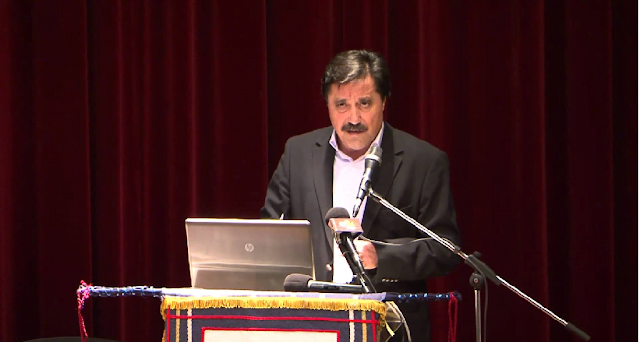 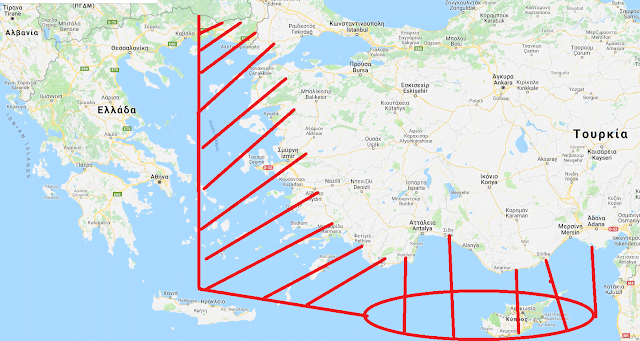 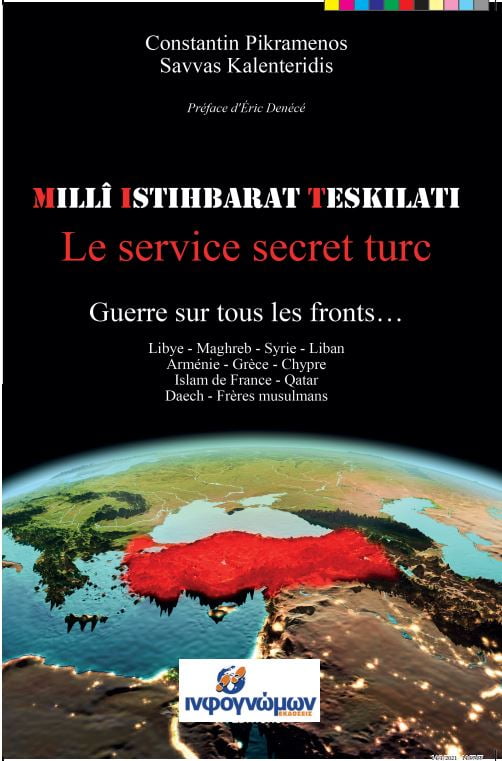